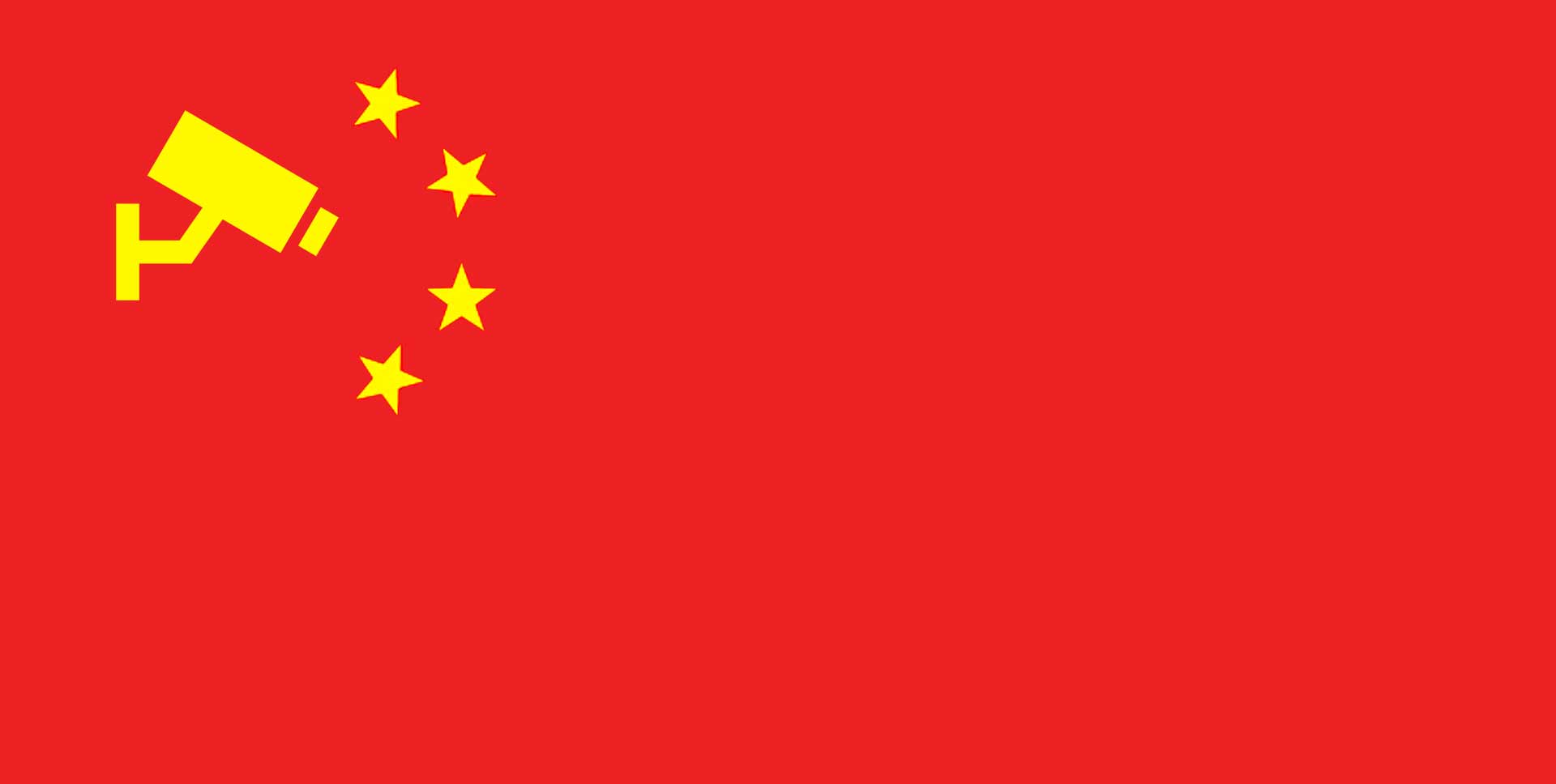 In the past 10 years, thanks to developments in neural networks and computing, the insight gained from Artificial intelligence has become significantly more useful and beneficial in understanding and predicting human behavior. Coupled with the increasing development of open source libraries, the commoditization of algorithms, and growing talent pool, the integration of AI has become more attainable for any business.

It has made a significant mark on our daily lives—we often use products and services knowingly and unknowingly that leverage AI in some way or the other. Market studies in various industries show year over year adoption rates increasing in the most recent years, with updates to projections reflecting the same.

A recent study from the Boston Consulting Group and Massachusetts Institute of Technology Sloan Management Review, surveyed more than 3000 executives and analysts from 112 countries and across 12 different industries on their companies’ AI strategy. Of those 3000, 85% believe implementing AI will be critical in maintaining a competitive advantage. However, despite a growing presence at the time of the study, only half had a strategy in place.

That being said, the general public really only has visibility into the use cases and data collected that the media covers (for example, there was widespread privacy concerns regarding Manhattan’s Hudson Yards’ implementation of facial recognition, but Fortune 50 retailers have been quietly using face rec for quite some time now).

In January of this year, I shifted my focus to optimizing our sales operation. I analyzed more than 60,000 of Kairos’ API accounts from the past 6 years. The applications, use cases, and types of businesses signing up for facial recognition has grown more creative and diverse each year. While I’ve been working with AI for most of my career, it was seeing these trends in our own adoption rates that refreshed my perspective in an almost surreal way: “AI is finally happening.”

The Face of The AI Revolution

Image processing through autonomous machines is one of the most widely explored capabilities of AI, both commercially and academically. Between object recognition and facial recognition, the two most commercially popular applications, facial recognition has more of an identifiable profound impact on our psyche. A study by the University of Toronto found the ability to recognize [facial] features and emotions of our fellow humans is pivotal for our own emotional intelligence.

Additionally, we’re hitting an inflection point in how humans interact with machines. Embracing a technology that performs the same actions as us becoming commonplace in society challenges thousands of years of how we think of identity and privacy. Although to some it may be unsettling, the more computers can act like us and maintain the most accuracy in doing so, the better off we are when using them.

It follows, that the machines that are expected to mimic human behaviors, should at least be competitive in their capabilities to recognize human faces and understand the gestures that are being conveyed.

Aggressive policy measures adopted by China to develop its artificial intelligence industry has been a subject of much debate. In today's piece @theChinaDude of @TakshashilaInst brings you a detailed look at what it means https://t.co/k0cPoKePUO pic.twitter.com/c2ULS18Bk4

A key driver of these plans and policies has been for the use of AI in educational and security infrastructure, where a number of firms have created new solutions for the education sector. The one that has caught particular attention in the recent times has been the use of facial recognition and expression perception inside the classrooms to determine the performance and attention of students during a particular class. In turn, students are assigned a ‘score’ based on the activities (as captured through AI supervision).

Although the program is in early stages, a number of schools have opted into the pilot. The central government of China and many of its business leaders think of AI and privacy differently than most in the US, in a way somewhat unrelatable. Because of their appetite for data, the government shares an incentive with the school systems to collect the data, and therefore provides subsidies and perks to the schools—making the installation process of the infrastructure virtually free of cost.

Facial recognition technology, although enabling myriad of positive use cases, has caused a significant disturbance on social media in China. Outspoken critics fear that the technology is too immature for mass deployment.

Furthermore the schools that have adopted this program have neither taken the consent of the students nor their parents. In most cases, the students in many of these schools were unaware that the program even existed. Combined with the fears stemming from there being no restrictions or limits on the use of the data ( E.g., determining students eligibility for graduate course admissions) students have found it insensitively disturbing.

Additionally, there are absolutely no laws or regulations that govern the storage or sharing of such biometric data in China. The system, due to its poor implementation has caused anxiety among the students who feel that they have to maintain a posture and pretend to listen when they actually aren’t paying any attention at all. This fear and ‘play-acting’ will inevitably be taking its toll on their academic performance. Personally, although I haven’t seen the algorithm, I don’t believe the system is able to clearly distinguish whether a student is engaged or not through microaggressions and bodily positioning (in most circumstances).

Questions Regarding Accuracy and Bias

The system deployed in Chinese schools has accuracy concerns. it is particularly susceptible to incorrectly identifying and categorizing the behavior of students who frequently change their physical appearance. This disproportionately applies to female students. There are concerns regarding the misclassification of behaviors as the AI system has no safeguards against such errors. Context, it turns out, is a critical component for AI systems to ‘learn’.

The threats posed by bias in AI are alarming and real. Kairos has taken a clear stance on who can use our technology, and although our top line may suffer a bit, there are human rights at stake and I take that seriously. Consumers, researchers and activists do as well, but unfortunately many of the juggernaut facial recognition providers do not. Incase you aren’t familiar with this debate, Amazon faces serious issues, like the misidentification of darker-skinned women as men.

The Possibilities for AI

Having critically examined the drawbacks in the Chinese Experiment and the well-publicized inaccuracies with the technology, one could conclude facial recognition is not ready for these particular implementations. However, this is not always the case.

In reality, the technology can have profound benefits when used ethically and in environments where error or misclassification is minimal. For example, it may provide new insights and data to enhance teaching methods. Positive outcomes can be achieved by responsible use, such as:

1). Enabling educators to measure the effectiveness of their teaching methods;

2). Students can identify the optimal environment for their own personal information retention;

3). Schools could design curriculum schedules around the students’ attention patterns;

5). Count attendance and proctor exams (we have a few companies that use our on-premises API for this use case);

6). The US and Europe have more robust privacy and security laws. Schools there will be able to reap the benefits of AI systems without having to face the negative aspects.

The AI Cold War: US Falls Behind...

As AI algorithms further become commoditized and more open source resources become available, the key differentiator for competitive advantages will be data. In that sense, China’s voracious appetite for data, and their relaxed policy for the collection and use of the same, will result in more accurate and more useful algorithms. The US collects massive amounts of data as well, but the private-public partnerships in China and the data being collected from all sources gives China more to work with.

Some have called it an arms race, especially in the era of surveillance. But, as I wrote above, context is everything—and the behavior and characteristics of US citizens are different than those of China. Algorithms aren’t universal, so more data doesn’t necessarily equal more power depending on what is attempting to be accomplished. 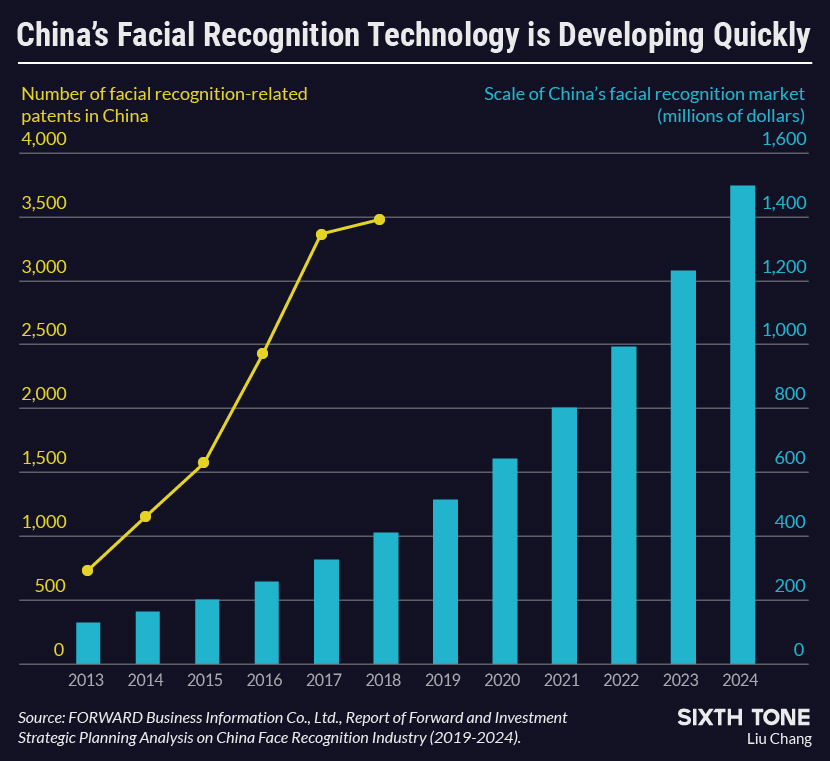 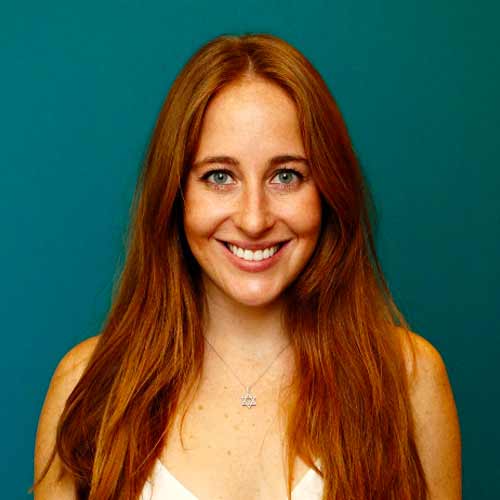 Mary is the COO at Kairos—providing state-of-the-art, ethical face recognition to developers and businesses worldwide.

Mary is the COO at Kairos—providing state-of-the-art, ethical face recognition to developers and businesses worldwide.